The Vienna Accords (rules of roleplay) are the basic rules/guidelines agreed upon by all current nations at the 1750 Congress of Vienna. Prior to this document's creation, common sense and several unwritten rules concurrently agreed upon by most nations were law. The key leaders of the world formed councils and committees to discuss and agree upon a draft to be presented before all nations. After days of debate, compromises, and hearings, the nations of the world that were present during the international summit agreed upon these terms and conditions as presented below. The international community frowns upon any disregard for these common rules. Other nations are tasked with policing each other to maintain a balance of power.

A copy of this General Treaty shall be deposited, in the Archives of the Court and State of his Imperial and Royal Apostolic Majesty, at Vienna, in case any of the Courts of Europe shall think proper to consult the original text of this instrument.

In faith of which the respective Plenipotentiaries have signed this Act, and have affixed thereunto the seals of their arms. 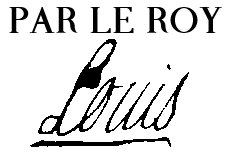