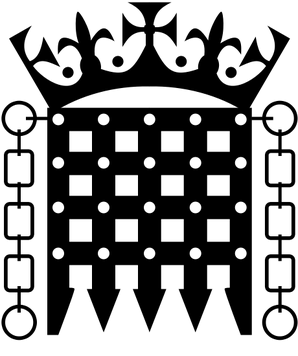 Following the Treaty of Union in 1706, Acts of Union, ratifying the Treaty, were passed in both the Parliament of England and the Parliament of Scotland, which created a new Kingdom of Great Britain. The Acts dissolved both parliaments, replacing them with a new parliament, referred to as the 'Parliament of Great Britain, based in the home of the former English parliament. All the traditions, procedures, and standing orders of the English parliament were retained, as were the incumbent officers, and members representing England comprised the overwhelming majority of the new body. It was not even considered necessary to hold a new general election. While Scots Law and Scottish legislation remained separate, new legislation was now to be dealt with by the new parliament.

After the Hanoverian George I ascended the throne in 1714 through the Act of Settlement of 1701, power began to shift from the Sovereign. George was a German ruler, spoke poor English, and remained interested in his dominions in Europe. He thus entrusted power to a group of his ministers, the foremost of which was Sir Robert Walpole. and by the end of his reign, the position of the ministers—who had to rely on Parliament for support—was cemented. Towards the end of the 18th century the monarch still had considerable influence over Parliament, which was dominated by the English aristocracy, by means of patronage, but had ceased to exert direct power: for instance, the last occasion Royal Assent was withheld, was in 1708 by Queen Anne. At general elections the vote was restricted to freeholders and landowners, in constituencies that were out of date, so that in many "rotten boroughs" seats could be bought while major cities remained unrepresented.

The House of Lords as an upper chamber has the primary purpose of scrutinising Legislation proposed by the Lower House through the form of debate and through proposing amendments to legislation. Governments in recent years have used the Upper House as a variant of the Select Committee process to finalise legislation before presentation for Royal Assent. Bills are able to be introduced into either House for debate and reading but due to the need for the Lower House's consent Bills are almost always introduced in the House of Commons. Peers of the House of Lords may also be in Cabinet but in recent years it is generally rare for high profile positions to be granted to members due to the appointment and Hereditary positions of those within the House. The Speech from the Throne is delivered from the House of Lords, a tradition still emulated in other Commonwealth Realms, as a reminder of the constitutional position of the Monarch. The House also has a minor Church of England role in that through the Lords Spiritual Church measures must be tabled within the House.

The House of Commons is the lower house of the Parliament of the United Kingdom, which also comprises the Sovereign and the House of Lords (the upper house). Both Commons and Lords meet in the Palace of Westminster. The Commons is a democratically elected body, who are known as Members of Parliament (MPs). Members are elected through the first-past-the-post system by electoral districts known as constituencies. They hold their seats until Parliament is dissolved (a maximum of five years after the preceding election). A House of Commons of England evolved at some point in England during the 14th century and, in practice, has been in continuous existence since, becoming the House of Commons of Great Britain after the political union with Scotland, and also, during the nineteenth century, of the United Kingdom of Great Britain and Ireland after the political union with Ireland, finally reaching its current title after independence was given to the Republic of Ireland. The House of Commons was originally far less powerful than the House of Lords, but today its legislative powers greatly exceed those of the Lords. Although it does not formally elect the prime minister, the position of the parties in the House of Commons is of overriding importance. By convention, the prime minister is answerable to, and must maintain the support of, the House of Commons. Thus, whenever the office of prime minister falls vacant, the Sovereign appoints the person who has the support of the House, or who is most likely to command the support of the House — normally the leader of the largest party in the Commons. (The leader of the second-largest party becomes the Leader of the Opposition.)

Want to be a MP (Member of Parliament)?

House of Lords Requirements - Must be a peer (granted by, inherited or knighted by the King or previous royalty).

House of Commons Requirements - Must be a subject, or citizen. No royal, noble ranks or titles. Average common people who make up the general population of Great Britain. (Elected into office by popular vote of population of the Great Britain).

The Upper House of the British Parliament, and the more powerful of the two. Membership to the House of Lords is by appointment only, and is reserved for senior politicians who hold peerages with the crown. Most HCOs sit in the House of Lords, as well as the Prime Minister if he is a peer.

The Lower House of Parliament that is comprised of a mix of elected and applicant officials, and contrary to the House of Lords, is open to any British citizen. The Speaker of the House of Commons is the highest ranking elected official in the nation and is elected at the beginning of each session of Parliament.