The First Newcastle ministry (formerly commonly referred to as the Newcastle-Grey ministry) was a British government which served from 1749 onwards, at the height of the return to the West Indies. It was headed by the Duke of Newcastle, who was serving in his second term as Prime Minister. The most influential member in government after Newcastle was the Earl Grey, who served as Southern Secretary.

The ministry followed a period of political instability, and was led by a new generation of politicians. Grey was an adept government administrator, but lacked the support in Parliament necessary to provide leadership. Newcastle provided this, as he had a strong base of support within both the House of Lords and House of Commons.

Tasks where divided between them, and most government policy essentially came out of meetings between Newcastle and Grey until 1750, when both the Earl of Portsmouth and Earl of Lincoln gained large influence within the Government.

Lincoln would eventually be forced out by Granville, Grey, and Portsmouth later that year, and by 1751 Lord Grey and Lord Huntington were the two most influential members of the British Cabinet.

In October 1751, Newcastle retreated to the English countryside and had intended on resigning after many heated disagreements between himself and most notably Lord Grey, and Beckett, with other cabinet members being unable to effectively serve in their positions. In absence of Newcastle, Grey and Beckett assumed control of the British government. Newcastle was then called back upon hearing how poorly the his ministers had ran the government in his stead. Grey, Beckett, Spencer, and Granville resigned the day Newcastle returned from being MIA. Later Portsmouth handed in his resignation effectively ending the two year long government. 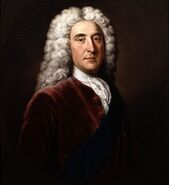 The Duke of Newcastle.

The Earl of Portsmouth.

The Duke of Bedford. 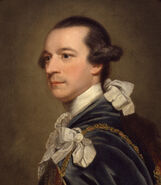 The Duke of Grafton. 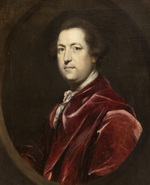 The Earl of Salisbury. 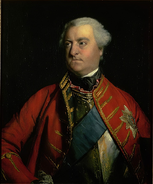 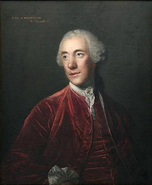 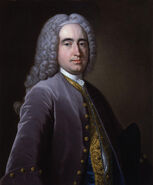 The Earl of Lincoln.